Portegrandi is at the centre of a wide rural arable land thanks to the drainages made in the XIX-XX centuries.
Because of its facing to the northern lagoon, Portegrandi is still an important touristic navigation stage from and towards it.
The town has two districts, separated by the river: Ca’ Corner (better known as “CHIESA”) on the right side, and Carafia on the left side.
The real Portegrandi consists of a group of houses at the mouth of the Silone, at a previous time it was called “Conca” or “Vaso di Portegrandi”. Conca di Portegrandi is the most beautiful place. The new equipped basin of Marina di Portegrandi, 1 km away is the boat landing place and boathouse, right into the lagoon waters.
The parish church dedicated to the bishop San Magno was built in 1926. The exterior is very simple: a white-marble façade. A lot of works of art coming from Trepalade are preserved inside the church; the altar is made of marbles coming from the ancient abbey of Monastier di Treviso; a painting representing the Holy Family is attributed to Padovaninos school; and on the right side is a stone altar dated in the XIII century.
The bell tower was built after the World War II and its top has a particular truncated shape with a perimetric balustrade. 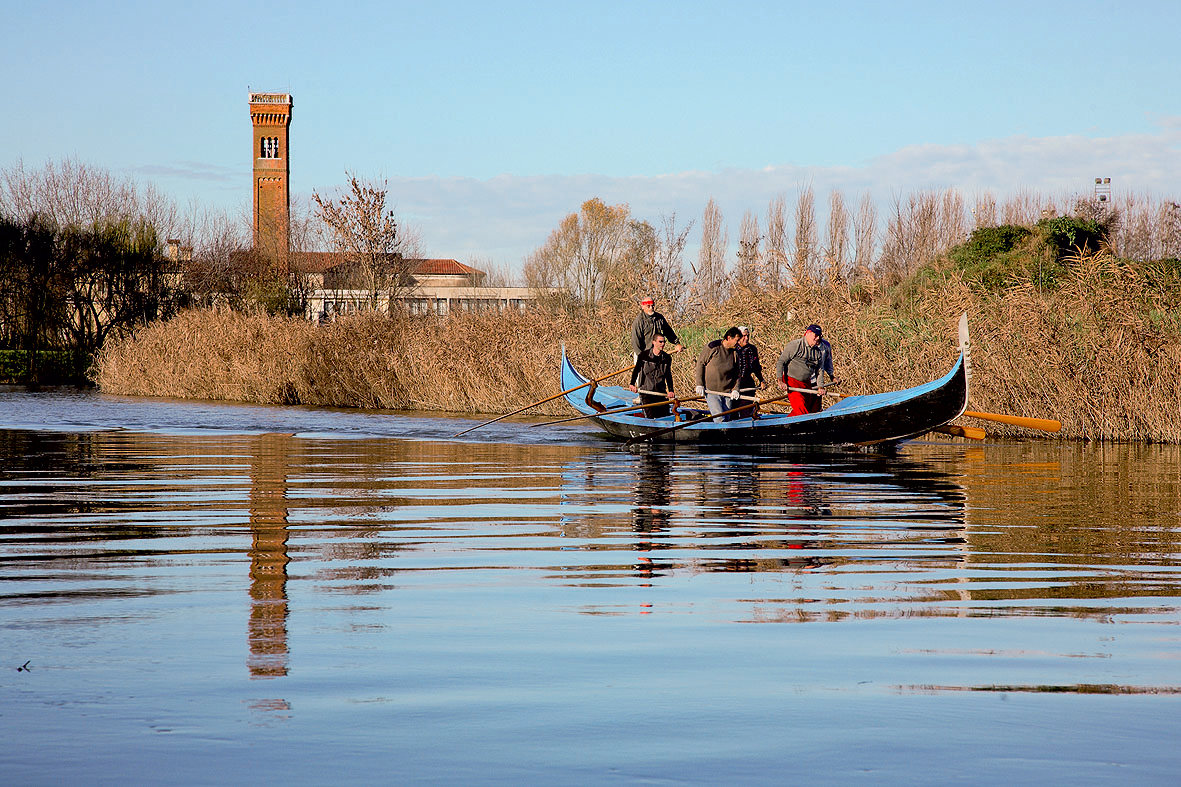 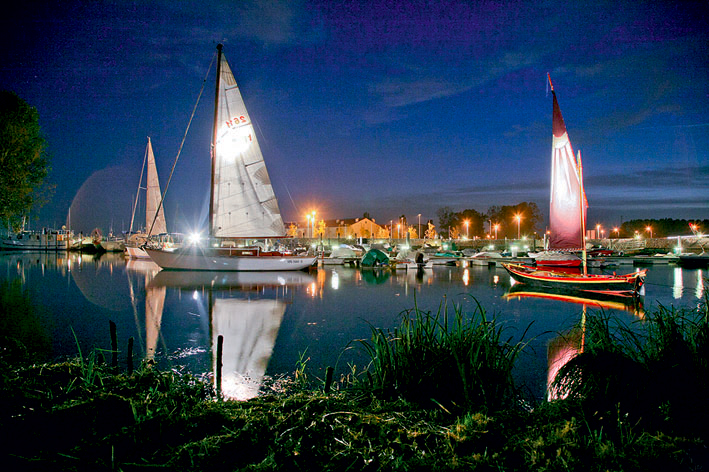